Experience a virtual tour of the home architect Frank Lloyd Wright described as “a little private club” with “special privacies, ultra-conveniences and style all the while”. Still Bend or the Bernard and Fern Schwartz House appears on season 2, episode 1 of the Netflix Series, “The World’s Most Amazing Vacation Rentals,” which premiered in September.

“We’re thrilled to share Still Bend with people who may not understand they can enjoy a Wright-designed home the way the architect intended,” said co-owner Michael Ditmer. “Whether they’re here for a few days or two weeks, they’ll experience Wright’s genius in a way the typical tour cannot provide.” “Wright’s brilliance can only be fully experienced by living in one of his creations. There is something magical, almost spiritual, about being in a Wright-designed space that leaves one transformed,” Ditmer continued. 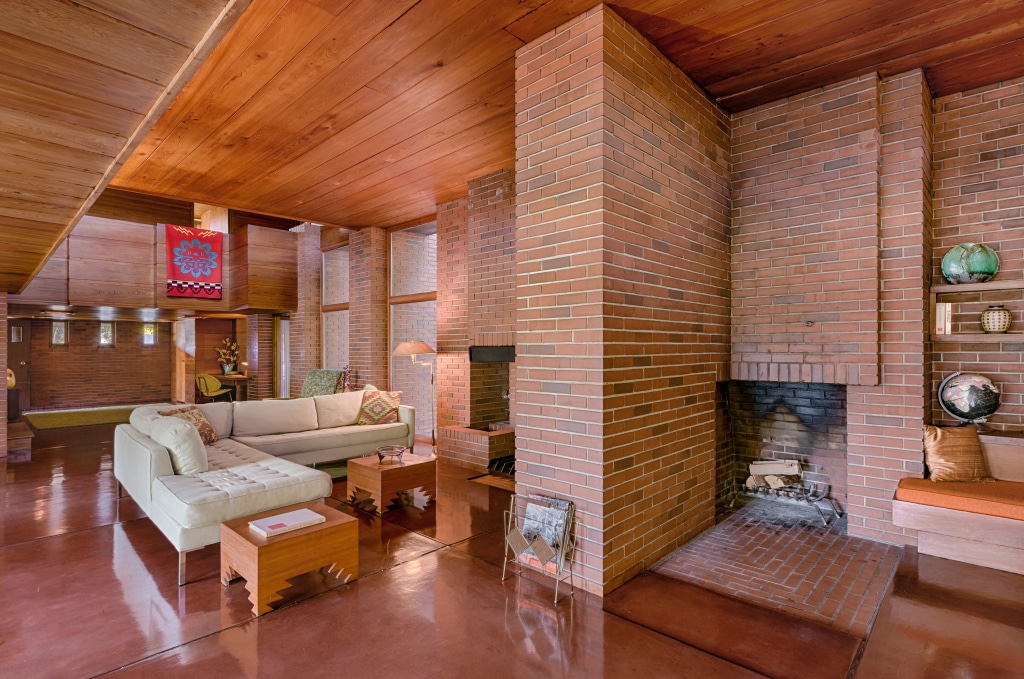 Still Bend, the Bernard & Fern Schwartz House is the built version of a home that architect Frank Lloyd Wright-designed for a September 1938 edition of “Life” magazine. The four-bedroom home with two full baths and two half-baths is in Two Rivers, Wisconsin, on the banks of the East Twin River. Still Bend epitomizes Wright’s midcentury Usonian design principles and his vision of architect-designed homes that would be affordable to America’s emergent middle class. It has been available for vacation rentals since 2004. Stay at one of “the world’s most amazing vacation rentals!” Book a trip to Frank Lloyd Wright’s Still Bend, the Bernard & Fern Schwartz House for your next vacation. All photographs by Andrew Pielage.