The Yodoko Guest House was designed as a second house for Tazaemon Yamamura, a prominent sake brewer.

National Important Cultural Property of Japan. Open to the public with tours available.

Built on a verdant hill in Ashiya City, Japan, the house is composed of a number of one and two-story sections that overlap each other like a staircase along the hill’s incline. Wright’s signature compressed entryway leads the visitor into an expansive living space, while large windows open out to the landscape and fill the interior with light. The residence is designed primarily with reinforced concrete, Philippine mahogany, and local Oya stone (which Wright had also employed in the construction of the Imperial Hotel and Myonichikan school) accented with carved geometric patterns. Decorative copper plates on many of the windows display stylized leaf motifs, while built-in mahogany furniture appears throughout the residence. Three Japanese-style rooms on the third floor, added at Yamamura’s request, seamlessly blend Eastern style with the Western design. The building’s flat roofs enable the interior spaces to flow out onto roof terraces as well. Once a guest house for the Yodagawa Steel Company of nearby Osaka, it is now open to the public as a museum. 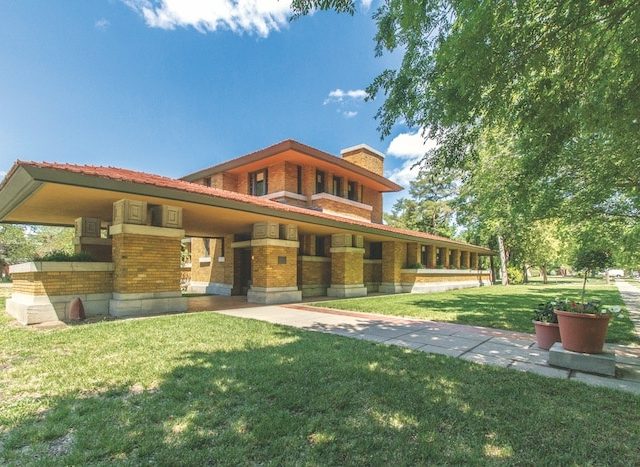 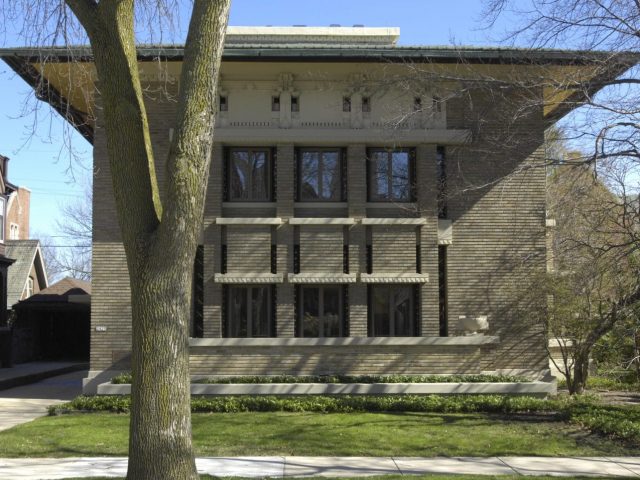 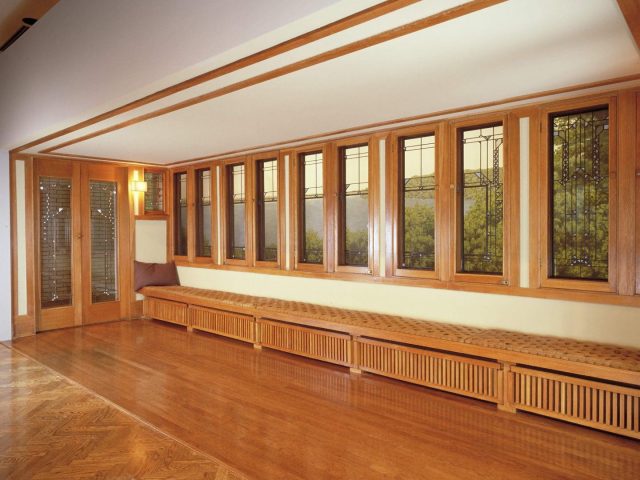