Wright was 22 years old and newly married when he borrowed $5,000 from his employer, Louis Sullivan, to build a home for his future family.

National Historic Landmark. Open to the public with tours available.

The home was the first over which Wright had complete artistic control, and he would use it as an opportunity to experiment with design concepts that contained the seeds of his architectural philosophy. Wright revised the design of the building multiple times, continually refining ideas that would shape his work for decades to come. The exterior of the house, which he would later refer to as “Seaside Colonial,” reflects his early interest in the Shingle style, then popular on the East Coast and favored by his previous employer, Joseph Lyman Silsbee. Sullivan’s stylistic influence can also be seen in the simplification and abstraction of the building and its plan.

With an emphasis on pure geometric forms, natural materials and connection to the land, the exterior the Oak Park Home heralds the beginning of Wright’s mature philosophy. The remarkably open interior, in which Wright eschewed the Victorian hierarchy of public rooms for warm central spaces that gave primacy to family life, embodies Wright’s desire to liberate space. The dining room, added in 1895 along with a barrel-vaulted playroom, marks the architect’s first attempt to create a totally unified environment. Wright designed everything in the home from the lighting and mechanical systems to its furniture and decorative arts. It is, however, the playroom that best reveals Wright’s increasing embrace of simplicity. Though the scale of the playroom is carefully tailored to a child’s point of view, its expansiveness renders it one of the greatest of Wright’s early achievements and signals his ability to deftly manipulate space.
In 1898, Wright once again expanded the house, with a four-room addition that would serve as his studio for the next eleven years. Fourteen associates would work within the two-story octagonal drafting room alongside Wright’s private office, library, and reception hall. The Oak Park Studio years proved an incredibly prolific period in Wright’s career, during which he pioneered the first uniquely American style—known as the Prairie School—and produced more than a third of his life’s work. 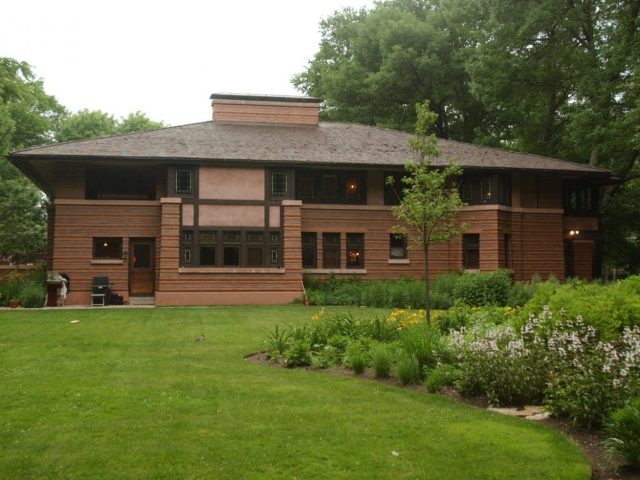 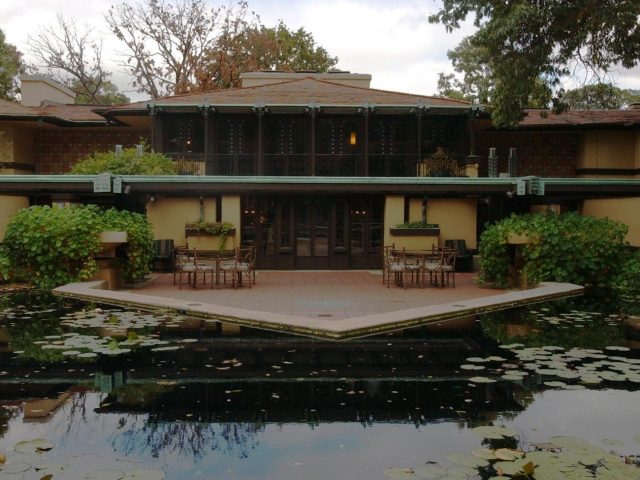 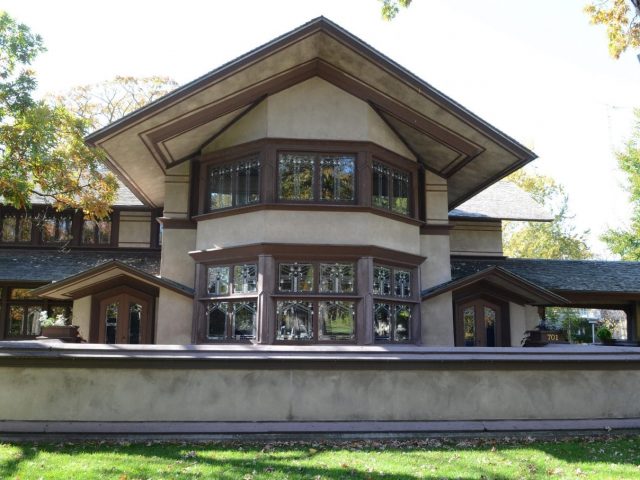