One of Wright’s last completed buildings, the Kalita Humphreys Theater is Wright’s only theater design that the he would see realized.

Now a part of the AT&T Performing Arts Center. Open to the public.

When approached by the Dallas Theater Center in 1955, Wright suggested that he adapt one of his un-built theater designs for the project. Wright maintained that the “New Theater” should discard the traditional proscenium frame in order to join actors and audience in one unified space. Thus, he created a circular stage with an innovative revolving center platform. The audience surrounds the stage in an intimate arrangement of eleven rows that accommodate 404 seats. Construction began in 1955 and was completed by the Taliesin Associated Architects following Wright’s death. Though the auditorium remains as Wright designed it, there have been a number of additions and modifications to the theater over the years. Most notably, the terrace above the foyer has been enclosed, lending the once light-filled entrance wing a more monumental feel. 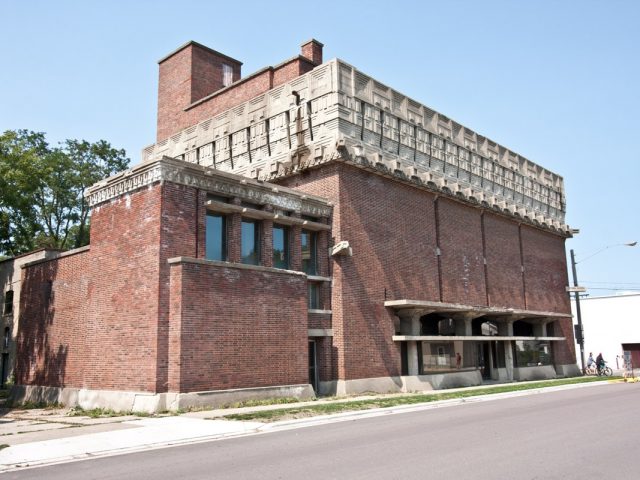 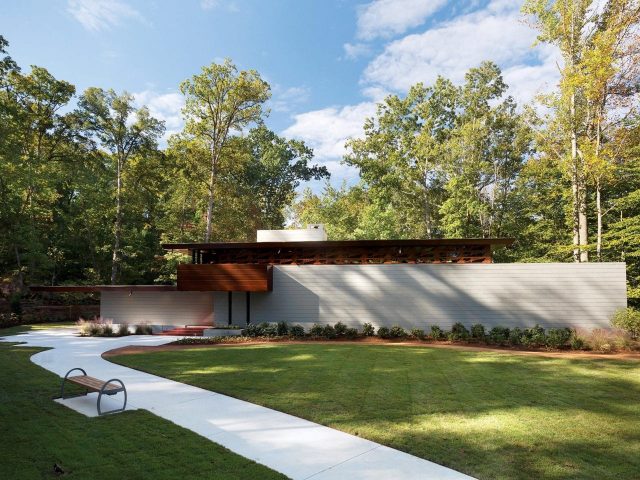