Seán C. Rush brings decades of experience to role as Foundation Board Chair.

At its August 20, 2021, meeting, the Frank Lloyd Wright Foundation’s Board of Trustees elected two new members, along with advancing Seán C. Rush to the role of Board Chair.

Residing outside Boston, MA, Seán has been an active member of our Board since 2016, and served as vice-chair for the past year. For more than three decades, as a business/not-for-profit leader, consultant, and author, Seán has developed and delivered innovative ideas on higher education; economic development; and organizational strategy, leadership, and operations. He is the author, editor, or contributor to more than 20 books and articles on the mission, governance, leadership, and operations of institutions of higher learning. Seán’s experience will help guide the Foundation as we constantly look for innovative ways to apply our mission within our surrounding community and beyond. We spoke to Seán to learn more about his passion for Wright’s work and the mission of the Frank Lloyd Wright Foundation.

When did you first encounter Wright’s work?

It was on my first visit to the Guggenheim in NYC. I was more fascinated by the building as a work of art than the art on display inside. And at various points in my life, I visited some of the many homes that he designed and came away enthralled by the integration of architecture and nature in many of Wright’s designs. I’m not a student of architecture, per se, but appreciate greatly how spaces can be designed that elevate the human spirit.

What is it about Frank Lloyd Wright’s work and principles that you most connect with today?

Probably the integration architecture and nature as I noted above. Wright’s quote: “The good building is not one that hurts the landscape, but one which makes the landscape more beautiful than it was before the building was built.” best captures my connection to his work. As a zealous gardener, I’m very conscious of how the yard/garden integrates with the home attached to it. Neither should stand out by itself. Rather they should be seamlessly integrated.

One reason was to learn more about Wright and his work. What better way to do it than being engaged with the Foundation he created? Even more importantly, though, I am a keen advocate/supporter of iconic American landmarks and sites. Both Taliesin and Taliesin West are in need of considerable restoration and preservation. Maintaining Wright’s homes is essential if future generations are to understand our American heritage. And with the recent designation of Wright’s homes as UNESCO World Heritage sites, the world needs to understand his legacy through authentic access to the homes he created for himself.

We also are proud to welcome Jason Barclay Morris and John Anderson. They both bring unique skills and backgrounds to round out our Board of Trustees. John Anderson is an owner and founding member of the Phoenix based firm 180 Degrees Design + Build and its component, The Guild. 180 Degrees specializes in creating modern architecture as well as the restoration of architecturally significant works including preservation work at the Taliesin West campus and projects designed by Mid-Century Modern architects Al Beadle and Ned Sawyer.

Jason Barclay Morris is a graduate of the University of Arizona, College of Law, and a founding partner at the law firm of Withey Morris, PLC. Previously, Jason has been a congressional staff member, and a partner with the Land Use Section for a major Phoenix law firm. Today, Jason’s practice is exclusively in land use, planning and zoning, and government relations in the Phoenix metropolitan area, as well as the outlying counties and municipalities. We are continually grateful for the support and guidance of our outgoing Chair, T.K. McClintock. T.K. has been involved with the Frank Lloyd Wright Foundation since 1979. His dedication and expertise remain an invaluable asset and enduring inspiration. T.K. remains on our Board, now serving as Vice Chair.

The Frank Lloyd Wright Foundation inspires people to discover and embrace an architecture for better living through meaningful connections to nature, the arts, and each other. Help advance our mission and vision by supporting this work. 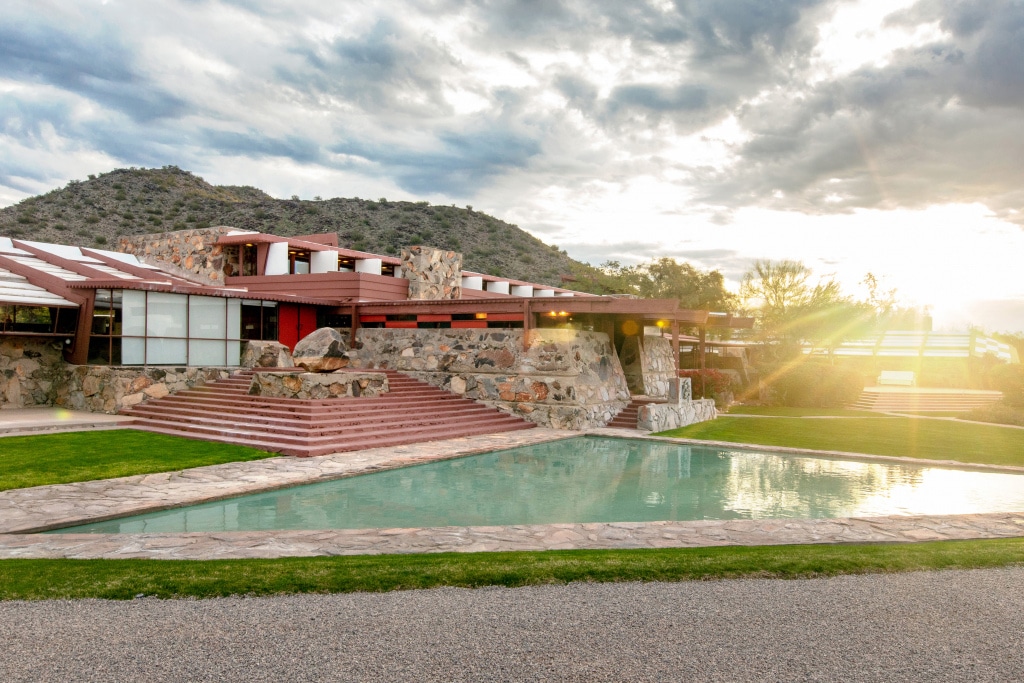 At a recent meeting, new board member Diana M. Smith joined the Frank Lloyd Wright Foundation Board of Trustees. In part two of this series, Frank Lloyd Wright Foundation Taliesin West Preservation Manager Emily Butler continues to dissect the process of the preservation of Taliesin West’s Board Room, and how the team is utilizing innovative technologies to embrace the Board Room’s rich history, as well as uncover new details of the historic space. 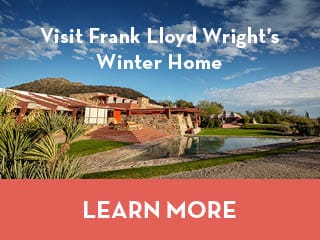