Charles Ennis and his wife Mabel

Perched atop a hill in the Los Feliz neighborhood, it is among the best residential examples of Mayan Revival architecture in the country. The Ennis House rises in stages, with over 27,000 blocks arranged across a concrete platform and buttressed by a retaining wall. Though concrete was still considered a new material in the 1920s, especially for home construction, Wright believed it had promising potential for affordable housing. He created a block construction system with patterned surfaces, which lended a unique textural appearance to both the exteriors and interiors of his residences. The concrete—a combination of gravel, granite and sand from the site—was hand-cast in aluminum molds to create blocks measuring 16”x 16” x 3.5” that were then woven together with steel rods, giving the textile block houses their name. The Ennis House is unusually monumental and vertical for a Wright residence, but when the architect completed it in 1924 he immediately considered it his favorite.

As with all of Wright’s textile block residences, the Ennis House featured a custom designed pattern. Within the interlocking form, the Greek key design resembles a stylized “g”— perhaps an allusion to the Masonic order that Charles Ennis belonged to, which had an organizational symbol of a compass with the letter “g” for God at its center. Due to its exoticism, the house has served as the backdrop in numerous films, commercials and tv shows including Mulholland Drive, The Rocketeer, Rush Hour, Buffy the Vampire Slayer, Predator 2, Beverly Hills Cop II, and Blade Runner. The home sustained serious damage in the 1994 Northridge earthquake and torrential rains of 2005. Privately owned by billionaire, Ron Burkle, it is undergoing a complete restoration and is currently closed to the public. 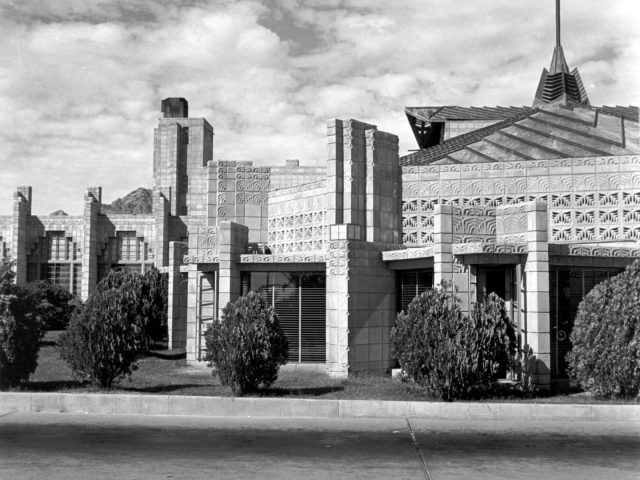 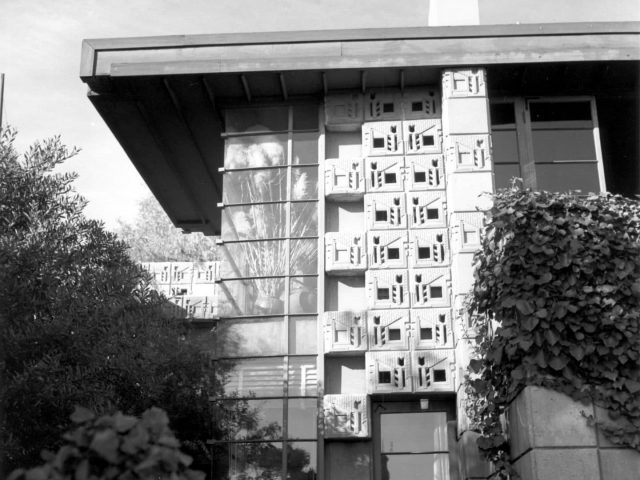